Immigrants from around the globe have long sought safety and opportunity in America’s heartland. They still do—and lucky for us, many are chefs. Here, they share their journeys, plus recipes for a few of the vibrant dishes that are redefining Midwest cuisine.

Mawda Altayan was 17 when she and her husband, Mohi Alhamowi, were forced to flee Syria. Bombs were falling near the restaurant that Alhamowi ran with his uncle in Damascus; the family lost electricity, water and Internet access. When the couple left for Egypt, they packed only enough clothing for three months. Three years later, they were still there. Alhamowi was working 15 hours a day for peasant wages, and they could hardly afford milk and diapers for their three young children. Though their hearts remained in Syria, an offer of refugee placement in the United States promised a better life.

The family of five landed in Missouri in June 2016. Their first seven months were hard, says Altayan, who spoke no English when she arrived. Eventually a friend tipped her off to Welcome Neighbor STL, a nonprofit that helps immigrants and refugees adapt to their new lives in the Midwest. When Executive Director Jessica Bueler first met Altayan, she immediately noticed her entrepreneurial spirit. But it wasn’t until Bueler sampled Altayan’s home cooking that she saw the potential for a business.

“I love my job because it makes me closer to people,” says Altayan 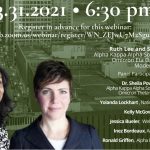 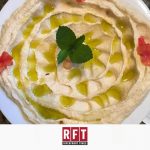